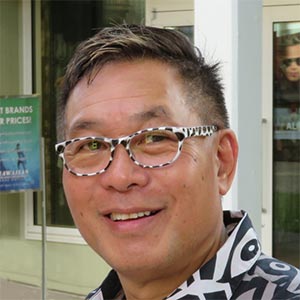 Alan Akaka is from a family whose roots are deep in Hawaiian music. His father, the late Senator Daniel K. Akaka, former director of the famous Kawaiaha'o Church Choir, played an important role in Alan's music beginnings and encouraged him through his development. His family gatherings, which included lots of music making, and music education at Kamehameha Schools and the University of Hawai'i further expanded his base in music. Alan established and directed the Kamehameha Middle Schools' Na 'Opio Singers and Hawaiian Ensemble. He was director of the Performing Arts Academy at Kamehameha for 16 years. In 2009 he established Ke Kula Mele Hawaii, school of Hawaiian music.

For over twenty years Alan was leader of "The Islanders" featured at the Halekulani's House Without A Key and presently performs at the Waikiki Beach Marriott Resort. He travels throughout the world as an artist and conducts Hawaiian music and steel guitar workshops. In 2012, Alan was inducted in the Hawaiian Music Hall of Fame. In 2014, he was invited as a guest soloist at the International Steel Guitar Convention in St. Louis. He was presented with an award at the 2015 India International Guitar Festival in Kolkata, India. 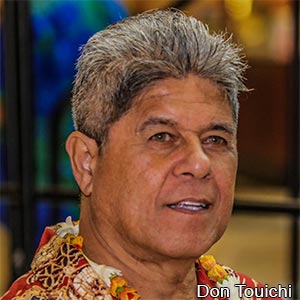 Greg has the reputation as the steel guitar player who has the ability to present old Hawaii with a contemporary twist. After many years of playing in the background for many of Hawaii's recording artists, Greg Sardinha released his first solo album in 2006 entitled HAWAIIAN STEEL VOL 4 - Artistry of Greg Sardinha. The album reflects Greg's artistry and versatility with the ukulele, guitar and Hawaiian steel guitar and creates a feel of unusual textures and interplay between all the instruments. He is an accomplished player of all of these instruments. His latest CD, "Stainless" reflects his playing diversity and zest for "pushing the edge" and was awarded the 2014 Na Hoku Hanohano Instrumental of the Year.

Besides keeping busy with live performances and studio session work, Greg also has a recording studio called "sma`Kine Recordings" and a record company "Keala Records". His record company has consistently released quality contributions to the continuing legacy of the Hawaiian steel guitar. His recent appearances include the 2015 Maui Steel Guitar Festival and the 2015 Waikiki Steel Guitar Festival.

Greg, Zach Castro on guitar and Kata Maduli on bass, perform daily at the Honolulu International Airport, entertaining the visitors and welcoming them to our Island home. Greg also appears at the Outrigger Reef's Kani Ka Pila Grille every Thursday with Kawika Kahiapo. Greg performs every other Wednesday at the Elks Club in Waikiki with George Kuo and every 3rd Friday at the Elks Club in Kailua (Elks Club membership needed or come with a member). Greg is featured every 2nd Friday at Big City Diner in Kailua. For a complete list where Greg's playing, see his website. 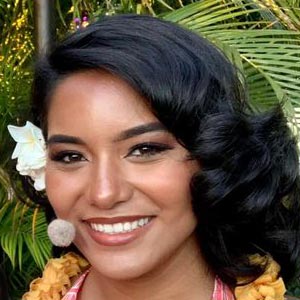 18-year old Mālie is one of the Ke Kula Mele NextGen steel guitar players. Multitalented, she can dance hula, sing, and play several other instruments including the ‘ukulele. Malie has been playing the steel guitar since 2013. Her interest and enthusiasm has allowed her to develop her playing ability and confidence. It's obvious she enjoys entertaining, whether it's doing the hula, singing, or playing a musical instrument. But her musical talent and abilities are no coincidence.

Her mom is Pomaika‘i Lyman and Mālie is the great granddaughter of Aunty Genoa Keawe. When school and time permit, she appears with her mom and other members of her family, dancing, singing and playing her steel guitar.

Mālie showed interest for the steel guitar several years ago by getting up on stage during intermission at the Keawe ‘Ohana show and pretending she was playing uncle Alan Akaka's steel guitar. Her interest persisted, and she was finally able to realize her dream when she started her lessons with uncle Alan.